Posted 7 years ago by George

The Principles Behind “Making Deals”

….and why you should do it

At some early point in human evolution, cooperation was a pre-requisite for survival.  That is, to some degree, why nature put that programming inside of us.  (Well, I think it was nature.)

this is part of our “original wiring”

Since physical survival and group belonging are the first level of needs to be satisfied, according to Psychiatrist Kazmierz Dabrowski’s “Theory of Positive Disintegration,” negotiating and “getting along” are critical skills.

Now, when it comes to divorce, the thinking is: “the relationship is already ruined so why shouldn’t I fight for the sake of fighting…why shouldn’t I be obstinate, mean, righteous?”  In short, there is no logic, just emotions.  And, strong emotions, for me, remove the possibility of any creativity: I’m stuck and, dammit, I’m going to stay there. 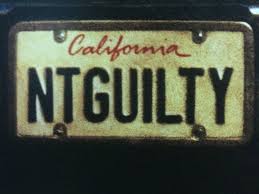 My answer has several levels: I should be kind so that I don’t have shame, guilt and remorse later.  So, I’m making a decision now for a benefit later: we call that “delaying gratification.”  We teach it to our kids all the time, right?

In the abstract, they sound like pretty lofty motivations.  They’re not: being kind now has a payoff right now: the neurotransmitters in my head say “be nice.”  In turn, more of those chemicals will populate my brain and I will feel positive about myself. Those are pretty good motivators, aren’t they?

Here’s a bigger list I’ve compiled on why to negotiate and cooperate:

Here is where the shameless self-promotion kicks in: our mobile App iSplit Divorce can actually help in the negotiation process.  By making all assets and debts visual, it’s easier to see “who’s getting what.”  In the process, the parties become less contentious.

Why negotiate?  Do it to feel good now.  And, later.