Strict Standards: Declaration of pages_from_nav::start_el() should be compatible with Walker_Nav_Menu::start_el(&$output, $item, $depth = 0, $args = NULL, $id = 0) in /home/content/92/3549092/html/isplitdivorce/wp-content/themes/appifyWP/functions.php on line 518

Strict Standards: Declaration of AppPressMenu::start_el() should be compatible with Walker_Nav_Menu::start_el(&$output, $item, $depth = 0, $args = NULL, $id = 0) in /home/content/92/3549092/html/isplitdivorce/wp-content/themes/appifyWP/functions.php on line 578

Strict Standards: Declaration of AppPressInsideMenu::start_el() should be compatible with Walker_Nav_Menu::start_el(&$output, $item, $depth = 0, $args = NULL, $id = 0) in /home/content/92/3549092/html/isplitdivorce/wp-content/themes/appifyWP/functions.php on line 638

Notice: Trying to get property of non-object in /home/content/92/3549092/html/isplitdivorce/wp-content/plugins/wordbooker/wordbooker.php on line 2043

Confessions of a Snob

Posted 8 years ago by George

Does This Make Me a “Bad Person?”

There are many friends whom I love.  When I’m with them alone, we can have deep conversations filled with adventuresome exploration of ideas and subjects.  I end up feeling like I’m filled to the brim.

But when a group — a few more people — is created, it seems lilke the disucssion degrades to the level of the lowest IQ or chronological age.  One or the other of those two things.  If you can’t tell, I end up being as disappointed as a shopper who doesn’t get greeted or have his card checked at Costco. 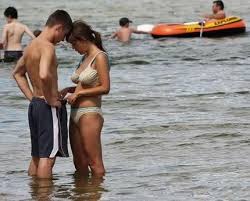 I’d rather be alone than be in a group where the conversation floats along the surface, yes, like someone’s turd from another boat on the same water.

I’d rather be alone than not be able to hear a piece of someone’s story: I crave authenticity and so much of what passes for “conversation” sounds like nothing important: contractors who didn’t get done on time; that restaurant’s service; the quality of the beer being consumed.

Is it any surprise that I’m alone right now?  Writing this blog post?

The reality is that I chose to be alone… Plus, I had “things” to do: laundry (I have to go to the laundromat, actually) to get it done.  And, I’d rather write to “my audience” than “suffer fools gladly.”  WTF does that mean?

You know, my dad wasn’t too skilled at that.  So, I can blame genetics: I’m a murderer because my dad gave me bad genes.  That’s akin to the claim that “I’m an idiot, stoned-out derelict because my dad gave me bad genes.”  Obama didn’t have the greatest genes and, look: he managed the shittiest job in the world: President of the United States.  (The pay sucks, the stress is astronomical but you get all the interns you want!)

Why does this reality make me feel like there’s something wrong with me, sort of like a bad alignment on a car: if you let go of the wheel, it will slowly and subtly veer off the highway?  Why am I constantly wondering “what’s wrong with me?”

Because, deep down, I know there’s something wrong with me.  Or, “right” with me.   I guess I don’t know which.  Perhaps, I’m just a bit confused.

This entry was posted in Altruism, Giving Back, Human Behavior, Innovation, Leadership. Bookmark the permalink.